Ashton Hill’s is the most distinguished site in South Australia for Pinot Noir; Stephen George’s unremitting attention to detail has made Ashton Hills the one Grand Cru of the state – (James Halliday)

Would you believe that the Ashton Hills Vineyard was once planted to more than twenty clones of Pinot Noir? In 2011 Stephen George grafted most of these to the 5 clones that had proven to deliver the best grapes and thus best wines from this vineyard and region. Ashton Hills was left with MV6, 777, D5V12 and two Martini clones (American) as these in Stephens words ‘do all the work’.

It is always such a privilege to present the wines of Ashton Hills and the new releases of 2016 Piccadilly Pinot Noir, 2016 Estate Riesling and the 2010 Sparkling Shiraz are no exception. Purity, character and a clear sense of place as always front and centre. These are wines that add prestige to any wine list, but more importantly a smile to the face of anyone who has the pleasure of drinking them.

The 2010 Sparkling Shiraz is already 60% sold upon release, why? 2010 Vintage from the Wendouree Vineyard backing up from the accolades of the 2009 which was named Australia’s Best Sparkling Red by both James Halliday and Tyson Stelzer. 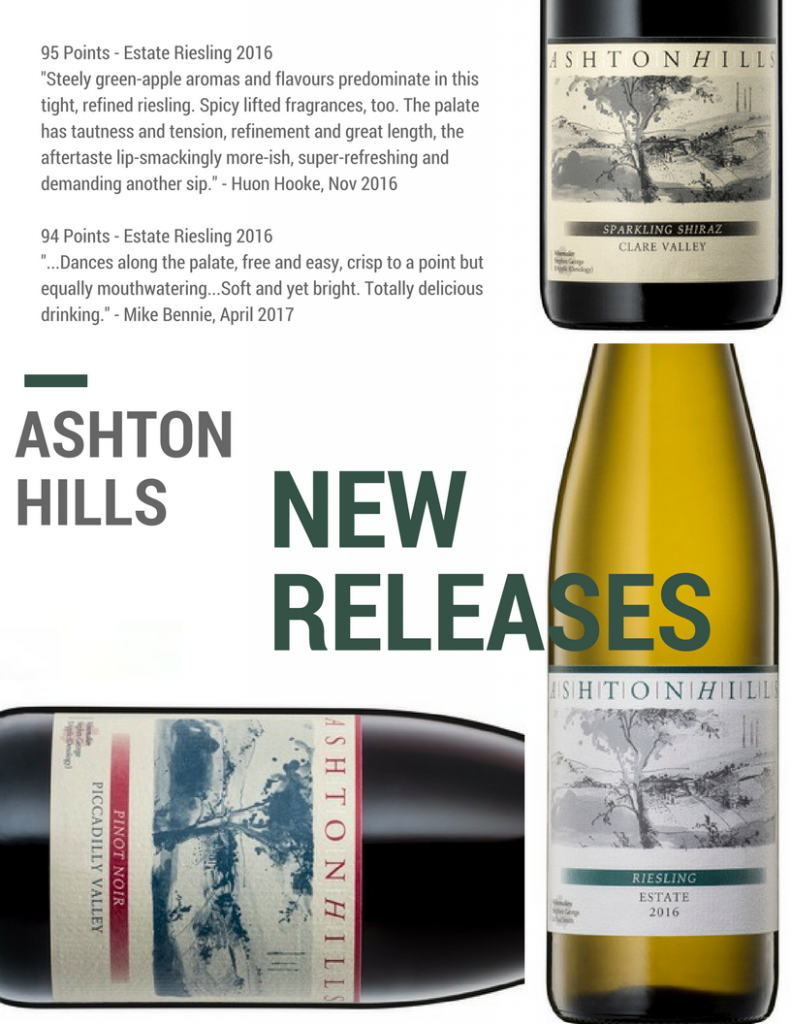 Please don’t hesitate to take action and speak to us regarding these wines as volumes are limited with the new releases, while the strength of accolades now showering the 2015 Estate & Reserve will see them depleted well before the next vintage is ready to fill the void. 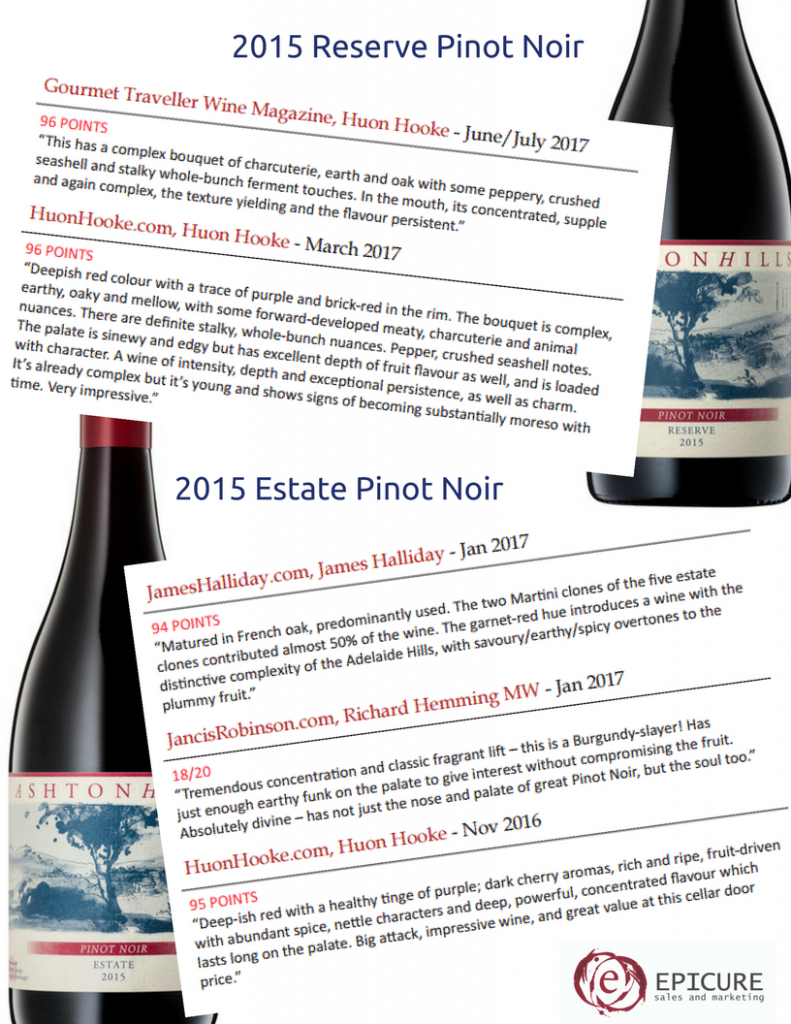